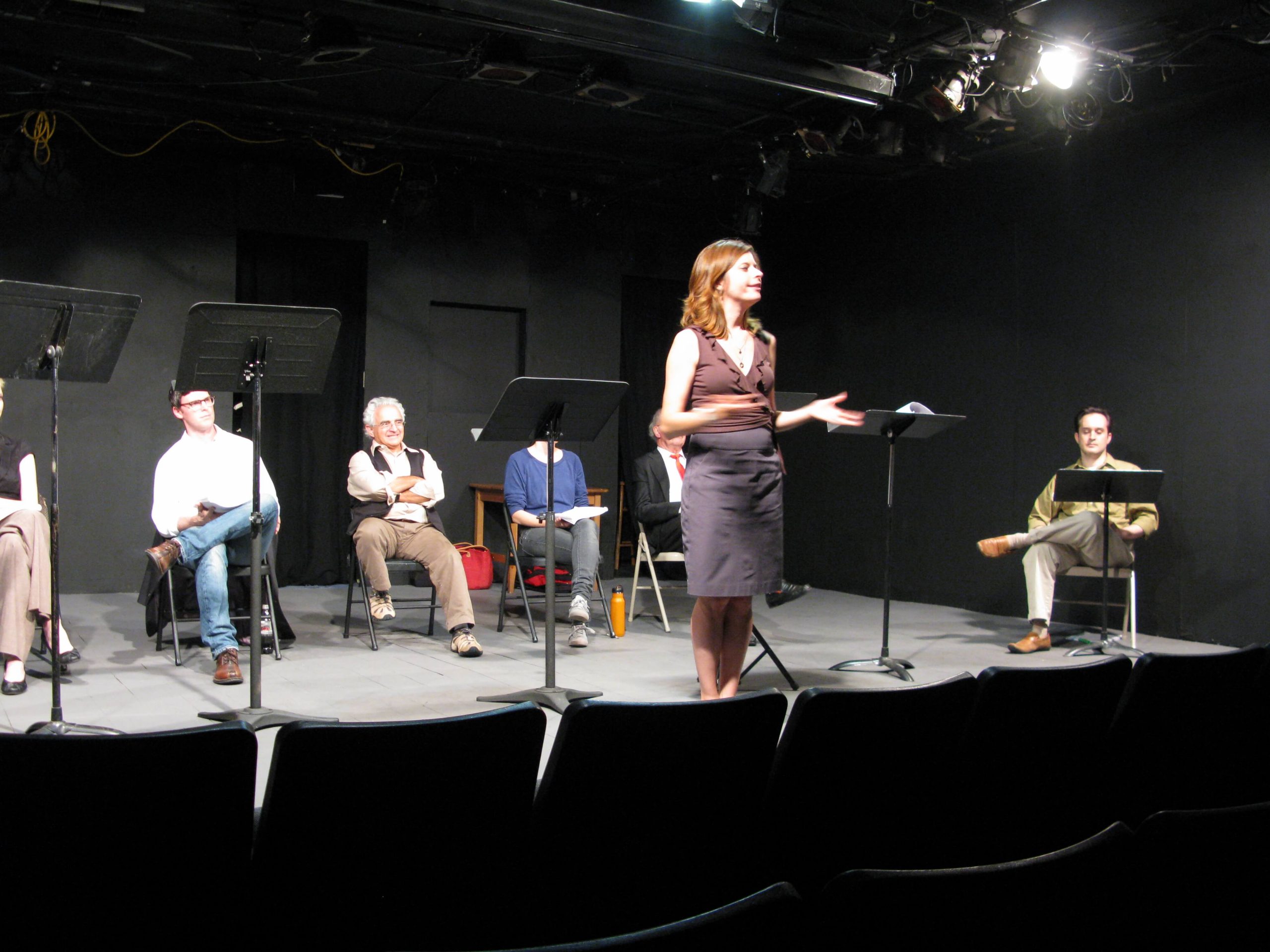 The Playwrights Union, a network of Los Angeles theater artists writing for stage, tv and film, hosts its first Reading Festival of New Work May 6th through May 9th at the Victory Theatre Center in Burbank. Original plays were first drafted during a month-long writing challenge that nine member writers accepted in February. Plays have been finished or re-written in the weeks leading up to the Festival. Readings start at 6:30 pm, and a casual reception will take place on each evening at 8 pm, giving playwrights and audience members an opportunity to mix and mingle. Admission is free.

Thursday, May 6th at 6:30pm
The Nether by Jennifer Haley, directed by Sarah Gurfield
In a not-so-distant future, a detective interrogates a successful businessman for crimes against children. But are these crimes real, or committed only in the thought space of the Nether?

Thursday, May 6th at 8:30pm
Puzzler by Padraic Duffy, directed by Jaime Robledo
His job was to piece together the lives destroyed by the East German Stasi police. Little did he know, the first one he’d unearth would be his own.

Friday, May 7th at 6:30pm
Like a Fact by Aaron Henne, directed by the playwright
The mother dies, as we all do. The husband wraps her body in plaster and cuddles close. The son eats his dead mother’s heart. A story about the ways love can live in silence.

Friday, May 7th at 8:30 pm
Large as Life And Twice as Natural by Dorothy Fortenberry, directed by Becca Wolff
Annabel has one boyfriend, two dinner guests, and – most importantly – 534 friends on Facebook. Aided by her pal Keyboard Cat, Annabel falls deep into the on-line wormhole.

Saturday, May 8th at 6:30 pm
Chambers by Lisa Kenner, directed by Jennifer Bloom
After the death of her husband in a terrorist incident, Mari shocks those around her with unorthodox behavior. Is she refusing to move on, or proving that all of us need to grieve in our own way?

Saturday, May 8th at 6:30 pm
The City She Wants Me by Deron Bos, directed by Paul Willis
Durn wants to become a Lego superstar, Jack has been called by God, Faye is proposing to rebuild 1930’s L.A. in an unmarked warehouse, and Claudia Turnkey is going to die … soon.

Saturday, May 8th at 8:30 pm
Frank and Monica by Steve Serpas, directed by Jessica Hanna.
May 1998. Beverly Hills. A singing icon of yesteryear meets a pretty young intern embroiled in a presidential sex scandal. And so begins a romp about fame, faith, and the end of the 20th century.

Sunday, May 9th at 6:30 pm
Anticipating Leftovers by Jennie Webb, directed by Casey Stangl
An absurdist look at family ties, the weight of shared memories, and obligations-at-large, particularly the ones that come with marriage. At least for some women. Who may or may not be safely married.

Sunday, May 9th at 6:30 pm
The Price by Jeremy Soule, directed by Claudia Weill
After nine years, a 9/11 widow still refuses restitution money. Is it her guilt, her pride, the pills, or is she buying her husband’s memory? What is the price of the fallen, and what is the cost of moving on?

For more information on the Playwrights Union, visit our website at http://www.playwrightsunion.com 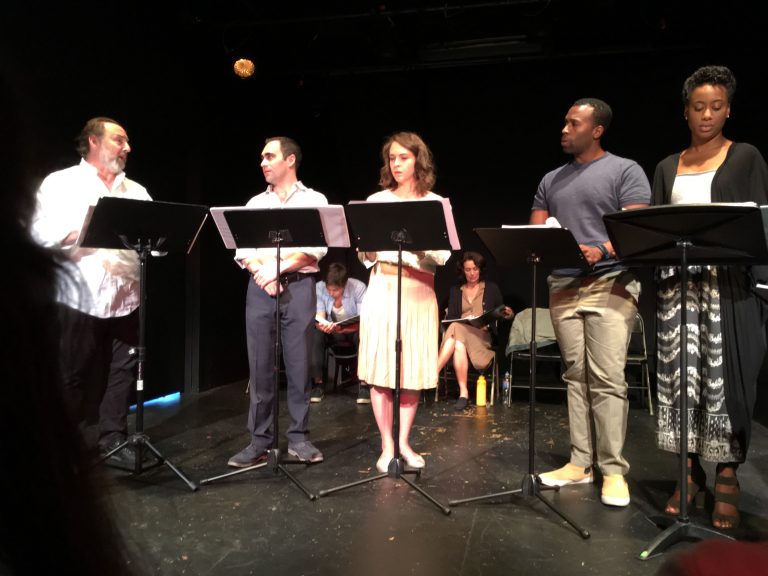 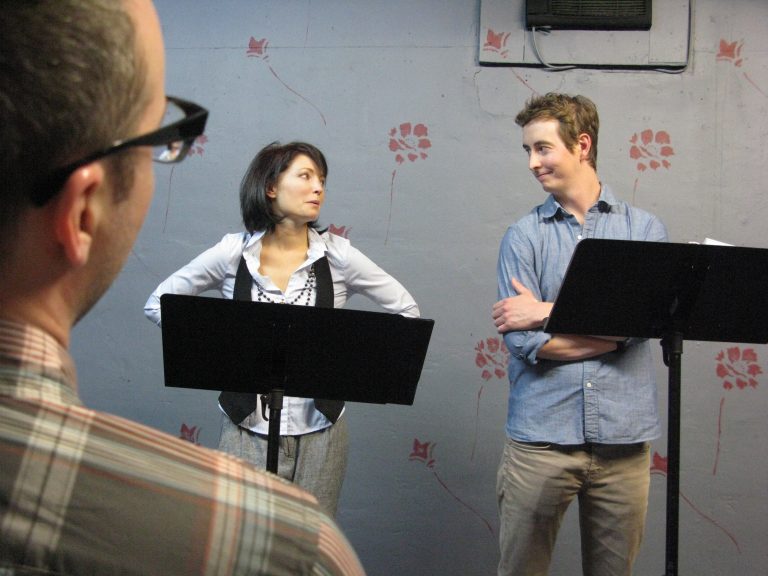 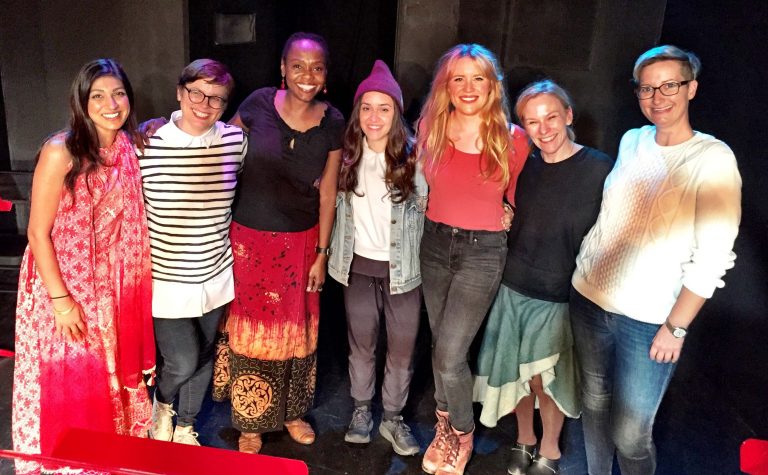 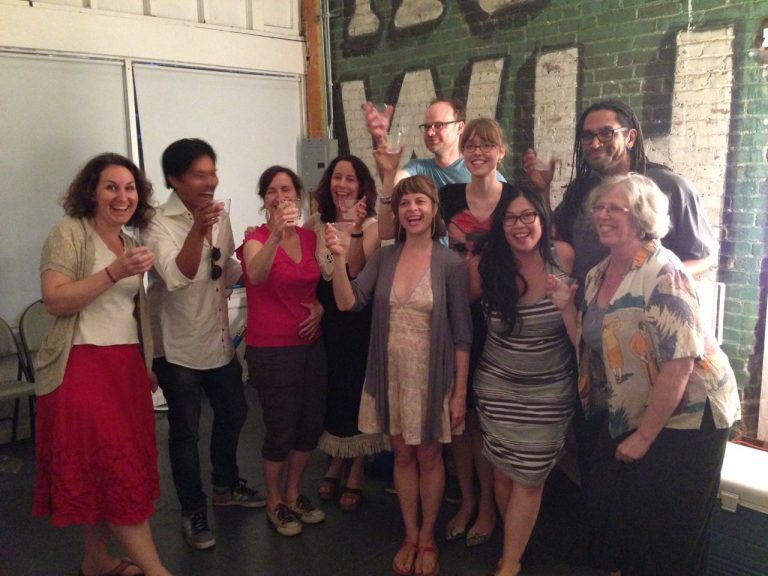 The Playwrights Union invites you to our 5th annual reading series, featuring the brand new work of some of our member playwrights. All plays were drafted during our February Writing Challenge, and revised in the weeks leading up to this event. Come participate in the process of play creation and join our reception on Saturday night!… 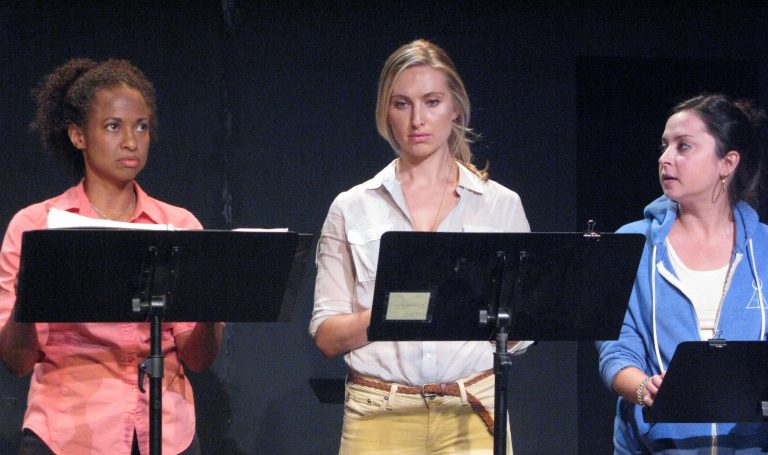 The Playwrights Union invites you to our fourth Annual Reading Festival of New Work. All plays were drafted during our February Writing Challenge, and have been finished or re-written in the weeks leading up to the Festival. Come hear some of this brand new work by seven of our current members and join our reception…